This project consisted of many different components that had to be executed without any delays to meet a very stringent timeline for occupancy. Approximately 40,000 square feet of permeable interlocking stone was installed in the parking lot area. The Unilock permeable pavers were laid on ¾ clear gravel and high performance bedding (HPB). Parking spot line painting marked out the newly created lanes and parking spots. Sod was laid down and new garden beds with trees and shrubs were created in the surrounding green space once the stonework was complete.

This intricate project consisted of many components. Everything had to be carefully planned out, & attention to detail was key. We built a raised playground, graded & sodded all the areas around the school, planted & caged over 100 trees, & installed engineered silva cell 2 systems for trees in concrete areas. The playground was built up by constructing a Unilock Pisa Block retaining wall with a geogrid system. The entire area inside the playground was backfilled and compacted in increments. Weeping tile drainage system was installed & connected to the catch basin. Compaction testing was arranged. Cedar log sand play areas were built. All the woodwork was planes & sanded to achieve a high quality & uniform finish. A concrete slab was poured. 3 permeable artificial turf areas were installed. A metal fence was installed along the perimeter. Many areas inside the playground and along the retaining wall were landscaped.

This intricate stone project involved the installation of etched granite for a water feature. There were no additional slabs & every slab had a unique pattern that flows through to the next slab. Areas with water jets & lights had to be carefully core-drilled. The accuracy limit had to stay within 1/8". A polymer re-inforced cement was used to bond the pieces. A water resistant grout was used to grout the joints once the granite was in place.

This civil project consisted of new power lines & utilities being installed. The nature of the project is invasive & the objective is to remediate the damage asap and provide good customer service. All trenched areas were backfilled with fresh topsoil & edged so that the new sod meets the existing lawn nicely. New sod was installed and watered for 2 weeks to achieve proper rooting. Areas with interlocking stone were dismantled and re-assembled as soon as the trench work was complete. Interlocking stone was compacted thoroughly & jointed with polymeric sand so that the new stonework does not settle. After the paver installation was complete & the grass grew in, you could not even tell the work had taken place.

Once the civil work was complete, we came in and quickly remediated all of the damage to the surrounding landscape. Debris around the new concrete sidewalks and utilities were excavated and backfilled with fresh topsoil. All areas were properly graded and sod was installed. Areas that meet the existing lawn were shaved down so that the new sod grows in nicely with the existing grass. Once we were done, the site was cleaned up and we provided a watering service for 2 weeks so that the sod grows in nicely. 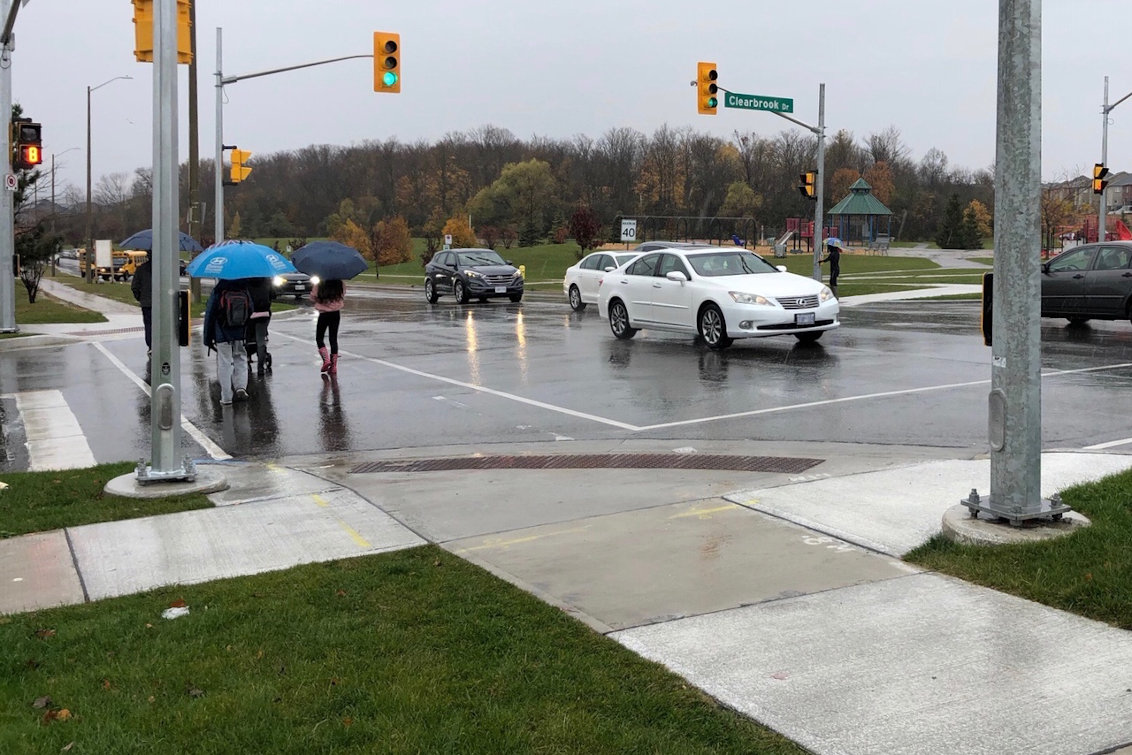